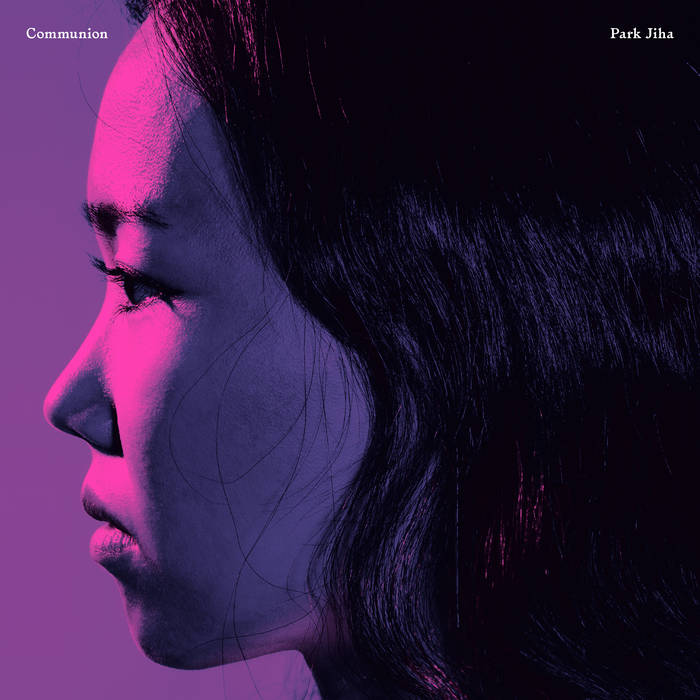 Leon Frey One of the most beautiful and fascinating albums of the decade. Favorite track: Sounds Heard From The Moon.

aristilde paz justine kirby more on the outer limits of jambinai, park jiha and company craft an album that gives silence weight like iron cubes and cuts through them with spirited jazz runs and meditative strums throbbing with emotion Favorite track: Communion.

literally Listen to this at work and start crying in the office. Favorite track: Throughout The Night.

Over the last few years a rising tide of new Korean artists have staked a place in the global music conversation. Groups like Jambinai, Black String and Park Jiha’s earlier duo 숨[suːm] have created exciting soundworlds that deftly combine the instrumentation and complex expression of Korean traditional music with an array of contemporary sounds such as post-rock, doom metal, downtempo jazz and classical minimalism.

While Park Jiha’s most recent musical endeavor, her debut solo album “Communion,” is another decisive step towards a more personal and forward-looking musical vocabulary, it also is deeply rooted in her traditional music education and background.

“I play a traditional Korean instrument called piri which is like an oboe. Piri is a double reed bamboo flute so it can be quite loud. Another traditional instrument I use is a saenghwang. A saenghwang is an instrument made of bamboo which has many pipes. It is similar to a mouth organ. It’s an instrument where the sound is made from inhaling and exhaling the air.”

“My main instrument is piri. But I choose saenghwang (mouth organ), yanggeum (hammered dulcimer), percussion or vocal according to the type of music I’m composing. Picking an instrument has to do with the voice in which I choose to talk. Just like human voice, every instrument has its own charm. Piri, which has the simplest structure - yet holds so many variations in playing - is for me the most attractive of all. The shape of the instrument is humble but it can express sensitive yet deep energy. I feel most like myself when I play piri.”

Though she has played piri since her youth, Park Jiha started her music career by founding the duo 숨[suːm] with Jungmin Seo in 2007 - after she had finished her musical studies. 숨[suːm]’s music, composed with an array of traditional instruments and buoyed by unorthodox musical structures, was an immediate and profound influence on the new Korean music scene. The duo released the album ‘Rhythmic Space: A Pause for Breath’ in 2010, and ‘숨[suːm] 2nd’ in 2014. Their innovative, neo-traditional compositions began to echo outside of Korea and they were invited to acclaimed international festivals such as WOMAD and SXSW.
.
But Park Jiha started hearing a much different music - one that directly interacted with more distant sound traditions and a more eclectic instrumental palette. Putting 숨[suːm] on pause for the moment, she started collaborating with John Bell (vibraphone) and Kim Oki (bass clarinet, saxophone) to create “Communion,” her first solo album. Originally released in Korea in 2016, the album’s compositions are sometimes hushed and other times slowly swelling and dynamic. But they all share a stark rejection of ornamentation. It is a music of fundaments and clarity. It skillfully unites hypnotic minimalism and experimental strategies with Park Jiha’s distinctive mastery of the piri, saenghwang, and yanggeum.

'The Longing of the Yawning Divide' is inspired by the solemnity and resonance of a monastery in Leuven, Belgium, a space where Park Jiha once rehearsed her band. 'All Souls' Day' constructs harmony and rhythmic lift between an unlikely grouping of instruments: the yanggeum, piri, saxophone, vibraphone and the jing. The album’s opening composition, ‘Throughout the Night’ is a precise and keening dialogue between the piri and the bass clarinet.
The atmosphere is calmly radiant. The music navigating the world’s abundant noise, in an almost silent way.

One can sense that this music is deeply connected to its composer. It is not an abstraction. It carefully and conscientiously draws in the world around her. The flow of water and the dawning of seasons. Love and loss. Light. Shadows. Nothing superfluous. A meticulous balance. A communion.

“I don’t know what kind of music I will play in ten years. But I know for sure that I will have been living sincerely.”

Bandcamp Daily  your guide to the world of Bandcamp

MF DOOM is given his flowers, plus appearances from MC Jada Imani and Stanley Ipkuss